10 Best App Lockers For Android To Secure Your Device

We all have faced situations where we have had to share our phone with someone at some point in time. At that time, we all have wished to lock away sensitive information on our phones. We all have nosy relatives or friends who keep on peeking on our phones in spite of asking them not to.In order to save us from situations like these, I have listed down the 10 best app lockers to secure your device.

Norton App Lock is one of the best app lockers for Android that is efficient and very easy to use. The app takes privacy and security very seriously and therefore provides some of the best features that an app lock application can. Through this app, you can lock more than one app with the same password which makes it very easy-to-use.

Additionally, this app also uses a fingerprint scanner for a hassle-free experience. One of its best features is that this app is ad-free, which is great! Apart from this, it also recommends users about the application that should be locked. Giving the app admin privilege can save it from uninstallation.

Just like its name Smart App Lock is a smart app locker for Android devices. The application is pretty decent to use. One cool feature of this app is that it disguises itself as a lock screen in order to trick intruders. You just have to switch on the app to prevent it from uninstalling.

One important feature is that this app provides security questions and answers for advanced app lock protection. Moreover, this app also takes the photo of the intruder who tries to break in after 3 unsuccessful attempts.

AppLock by DoMobile Lab is one of the best app lockers out there. It is very easy to use. One cool feature of this app is it can lock specific images or videos. Additionally, it can also prevent itself from uninstalling. Another feature is that the lock screen comes with some amazing themes. It has a photo and video vault that houses hidden photos and videos.

Apart from this, the app also has a time lock where users can lock the apps for a specific period of time. After that period, the locked apps will unlock automatically.

The interface of this application makes it very good to look at. The app has multiple lock options like PIN lock, Password Lock, and Fingerprint Lock. In addition to this, it also has a private browser where users can browse privately. Message Security is another feature where chat notifications are hidden from sensitive apps. It can easily encrypt photos and videos as well.

AppLock by SpSoft is a simple and very easy-to-use Android app that locks the system package installer. The customer service with this app is also very responsive which makes it user-friendly. This app can lock WhatsApp, Facebook, and all Gallery apps from prying intruders. AppLock can also catch intruders by taking their photos after 3 unsuccessful attempts.

AppLock Pro is one of the apps that give the main importance to privacy. Through this app lock, users can lock their chosen apps by using passwords or fingerprints. One cool feature of this app is that when intruders try to open it, the app shows a fake error message to trick the intruder.

There is also a setting, where you can set the timer to make AppLock inactive for a specific period of time. The KnockCode Lock feature is one of a kind that is a different and powerful lock system.

The seventh-best app locker on our list is Lockit by SuperTools Corporation. The app has a white and blue graphical interface that makes it look decent. Like most other app-locking applications, this app can lock apps, photos, and videos.

The app also comes with the intruder selfie feature, that takes a photo of the intruder. The notification lock and the notification cleaner feature of the app are really helpful. One of its cool features is that it can block specific contacts and messages from your phone from prying eyes.

Perfect AppLock by Morrison Software is a free program and available only for Android. It also supports locking for WiFi and Bluetooth. Perfect AppLock lets you lock your application by using a PIN, Password, or even gestures. This app can also lock USB Connections, Settings, and literally any app on your phone. In case intruders try to open the locked apps, this app will show fake messages and pop-up notifications to trick them.

9. Apex Launcher – Customize, Secure and Efficient by Android Does Team

Apex Launcher by Android Does Team is an excellent launcher and comes with one of the best app lockers for Android. It also supports hiding the status bar and the dock if you want to. It also has the amazing feature of customizing the phone interface with its icon packs and amazing themes.

Additionally, it also supports the app lock feature through PIN and Password protection. You can also customize lock timings when the Apex Launcher will lock the app at a specific time. It provides fancy transition effects and is very efficient and easy to use.

A pretty decent app locking application, Ultra AppLock can lock apps through passwords or fingerprint locks. It also sends break-in alerts in case someone tries to open the locked apps. It also includes a battery saver and cleaner features. One cool feature is that you can change its icon into that of a calculator for ultra protection. 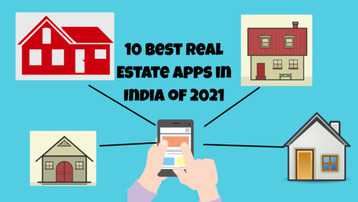