Home DifferencesGoogle Drive vs. Dropbox vs. Onedrive: Which One Is Better

Google Drive vs. Dropbox vs. Onedrive: Which One Is Better

Google Drive, Dropbox, and OneDrive are all big giants in the cloud storage category. All three keep adding new features one after another and prove to be great contenders. However, while planning to sign in for cloud storage it is unlikely that we will sign up for all three. Although, The three big giants are at par with one another there are some key differences that set them apart. So, to make things easier for you We have prepared a battle of Google Drive vs Dropbox vs OneDrive.

We have divided them into four categories: Pricing Plans and Storage, File Sync feature, File Sharing, Privacy, and Security. On the basis of these, we will decide who does best and who does worst.

1. Google Drive vs. Dropbox vs OneDrive: Pricing Plans and Storage

Of all the three contenders, Google Drive gives the most storage. Google Drive offers storage of 15GB for free where you can store information for an unlimited amount of time. On the other hand, Dropbox offers a storage capacity of 2GB for free that can be increased by inviting friends. OneDrive offers 5GB of free space and is cost-effective.

However, Google Drive’s 15GB free storage is shared across your whole Google account. This means your photos, Gmail attachments, backups are all stored within this 15GB storage.

Dropbox gives 2GB free storage but also gives the option to increase it to 19GB max by inviting friends. With each new friend your invite, you will get free storage of 500 MB. However, as popular as Dropbox is it is tough to find friends who don’t have a Dropbox account.Now coming to the pricing of these cloud storage Drive charges.

Related Article: WhatsApp vs Signal vs Telegram: A Detailed Comparison of Features and Privacy

OneDrive has quite a lot of business and family plans

When it comes to the file-syncing feature, Dropbox is a step ahead of OneDrive and Google Drive.

Dropbox first popularised the sync folder model. To sync files across devices and platforms you just have to save a file to the Dropbox folder on your computer, and it will synchronize automatically to your mobile device. Cloud file sync feature is available on multiple devices and platforms like Windows and Mac, iPhone, iPad, and Android via the Dropbox mobile app.Earlier versions of your deleted files are backed up for 30 days and 180 days for Business users, so you can always recover an earlier version of your file sync.

With the Dropbox Smart Sync, you can free up previous hard drive space by sending files to the cloud. So, when you need to view these files just be online and access your cloud. However, this feature is only available in Plus, Professional, and Business Plans.With the LAN sync feature, Dropbox syncs files automatically between different computers connected to the same network.

OneDrive‘s Files On-Demand is similar to Dropbox’s Smart Sync. With this feature, you can store an online-only file in your hard drive automatically. Just download the file and after you close it, OneDrive will save it to your hard drive. To return it to being online-only, right-click on it and choose to free up space.

Google Drive doesn’t have any of the smart syncing options that Dropbox and OneDrive have. Google Drive is willing to provide unlimited storage for your photos if you let it compress them first.

All three contenders have equally good file-sharing features. All three make file sharing easy by creating shareable links. In Google Drive, OneDrive and Dropbox, you will get the option to determine if the recipient can view or edit the file.

In Google Drive, you can set who can comment on the shared files. On the other hand, Dropbox and OneDrive password protects your link. You can also set temporary expiration dates so that the recipients can access the file temporarily. However, this isn’t a free feature in Google Drive. You can get these features if you subscribe to Google Drive for Business account.

But, things get different when you want to send larger files. There are differences between the three when it comes to the maximum size limit of the file you can upload. For OneDrive, you can share files up to 100GB in size. The cherry on the top is that your recipient doesn’t need a Microsoft account to access the file.

With Google Drive, you can upload files up to 5TB in size, unless they are presentations, spreadsheets, or documents (which they mostly are). Visit Google Official documentation to know about their limits.

With Dropbox, you can send a file size limited to 100 MB for a free account. However, with Dropbox Plus Plan it goes up to 2GB and up to 100GB with Dropbox Professional Plan.


4. Google Drive vs Dropbox vs OneDrive:Privacy and Security

In terms of privacy and security, Google Drive, Dropbox and OneDrive are at par with one another. However, none of the three has zero-knowledge encryption. That means hackers can easily hack your account and access the files in your cloud storage. To have zero-knowledge encryption in these cloud storage is to use third-party encryption software like Boxcryptor which will encrypt your files before you upload them.

With Google Drive, you can secure your account with two-factor authentication. These are SMS authentication, a phone call that will give you a code, or a one-tap sign-in authentication. In order to encrypt files, Google Drive uses TLS cryptographic protocol that prevents online snooping while in transit. Additionally, it uses AES-256 bit encryption for data transfer and 128-bit for the rest.

OneDrive for Business uses SSL/TLS connections for data at transit and AES-256 bit for data at rest. To add an extra layer of protection OneDrive introduced a new feature called Personal Vault that is protected by identity verification. You can store the most sensitive files in this vault. The vault automatically locks itself after 20 minutes of inactivity.

Dropbox, like OneDrive, uses AES-256 bit encryption for data at rest and SSL/TSL for data in transit. Dropbox also offers two-factor authentication by SMS or an authenticator app.

In terms of Cost and Storage, Google Drive is clearly ahead of OneDrive and Dropbox providing most storage with less money.

As mentioned in the first paragraph, Dropbox is ahead of Google Drive and OneDrive in terms of the File Syncing feature.

When it comes to file sharing, Google Drive comes ahead of OneDrive and Dropbox.

In the battle between Google Drive vs Dropbox vs OneDrive, all three are big names in the cloud storage category. H0wever, Google Drive, and OneDrive are better options than Dropbox. In comparison to them, Dropbox has fewer users as well. Above all, the choice is yours and the winner depends on your needs and demands. 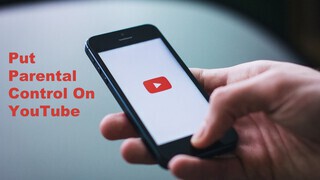 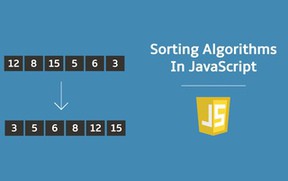