If you want to learn more about sci-fi and space, then click on Netflix to satisfy your curiosity about space, aliens, wars, and destruction by the apocalypse. We have curated the list of the top 7 Netflix series and movies that are related to the world of Space and celestial bodies. So what’s the wait? Go and find these shows and movies to kickstart your weekend!

The ever-changing technology has diversified entertainment and recreational methods. In this Netflix secures the topmost position. Netflix is the one-stop destination to watch movies and shows of all genres. You can find movies and shows of your favorite genre by selecting them from the categories tab. More and more production houses are partnering with Netflix to bring their shows on its platform. It has premiered Netflix Originals shows and movies as well. Most searched genres on Netflix are space-based series and movies. You should definitely watch these if you are a science fiction fan and have a love for action and drama. The list of Netflix’s space-based series and movies are as follows:

Lost in Space is a space-based Netflix original series that aired in 2018. It is a space-based suspenseful drama. The story revolves around the Robinson family, who crashed on the Earth-like planet. What problems might be waiting for them in a voyage that went wrong!

The possibilities of twists and turns in the interstellar voyage keep the audience stick to the episodes. It is an engrossing series that portrays how humans work as travelers in other look-like planets for their evacuation. The average runtime of episodes’ is 60 minutes long. The show has a 76% Rotten Tomatoes rating for season 1 and 85% for season 2.

Arrival is the best space-based Netflix original movie released in 2016. It is an American science-fiction drama and the adaptation of the book “The Story of Your Life”. The story revolves around how linguists try to find a way to communicate with aliens that have landed on the Earth.

Humankind is going to avoid the tensions that would create a war-like situation with the extraterrestrial aliens. Arrival got eight nominations at the 89th Academy Awards and won Best Sound Editing. The American Film Institute nominated Arrival as one of the ten “Movies of the Year” .This film is well-received by critics. The movie has a 94% rotten tomatoes ratings.

The American origin series premiered in 2014 and is among the best space-based series of Netflix. With 94% Rotten Tomatoes ratings, it has received appreciation from the audience and critics. This is a space-based show where people live in a space station orbiting the earth. The 100 is adapted from the book The Hundred (100) by Kass Morgan.

The series has got 7 seasons where the nuclear conflict has demolished the entire civilization. What inculcates the viewers to the next episode is the kicks and jumps when humanity’s lone survivors bring 100 Juvenile delinquents to Earth. The audiences are giving mixed reviews, some people surely couldn’t wait for the coming season. Though the series ended in 2020.

It is an American origin science fiction, drama, and adventure series. Star Trek: Discovery is the seventh series of the Star Trek universe that follows the chronology. The predecessor Star trek: Enterprise and followed by Star Trek: Picard. Netflix released Star Trek: Discovery as the Netflix Originals in 2017. The average running time of the one episode is 45 minutes.

This show is exciting as after the silence maintained for a long century, the war has erupted between the Federation and Klingon Empire. The show has got an 84% rating at Rotten Tomatoes. The audience as per the reviews is eagerly waiting for the fourth season to launch in 2021.

The amazing space-based drama movie Interstellar starring Matthew McConaughey and Anne Hathaway is the perfect fix for weekend blues. The movie is set in a dystopian future. Here the human race is fighting for its survival. The plot calls for a group of astronauts that could travel through a wormhole near the planet Saturn. They are in search of new habitats for humankind.

The movie keeps the audience engaged for 169 minutes. Interstellar has received positive reviews based on the movie’s screenplay, themes, visuals, and direction. The movie has won the award for The Best Visual Effects in Academy Awards. It was nominated as well for the Best Original Score, Best Sound Mixings, Best Sound Editing, and Best Production Design. It has a 72% rating on Rotten Tomatoes.

The award-winning movie adapted from the book “All You Need is Kill”. Tom Cruise and Emily Blunt starring in Edge of Tomorrow. The movie sets in the future where Aliens have invaded Europe. The PR officer Cage faces a lot of trouble because he has got limited experience in combat forces and finds himself in a time loop since he tries to defeat the enemies.

Also, in the course of the war, he relieves the day he dies until he finds a way to survive and defeat the aliens. This 2014 space-based Netflix original film has a 91% rating on Rotten Tomatoes.

The action crime sci-fi action drama of 2017 is the topmost movie on Netflix. Officer K, starring Ryan Gosling along with all the officers of the Los Angeles Police Department, unveils a secret that could create chaos. Officer K, is in the search of a missing blade that is three decades old.

The movie sets in 2049 where the bioengineered humans called replicants are the slaves. It is an engrossing movie that makes officer K look for the missing legend. The running time of the movie is 166 minutes long. The reviews of the movie were appealing. It got an 88% rating on Rotten Tomatoes and was much liked by the audience.

5 Essential Gadgets And Tools For All Graphic Designers 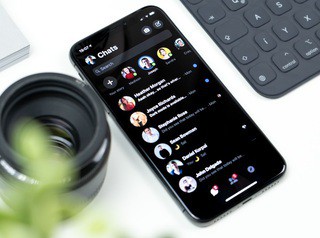 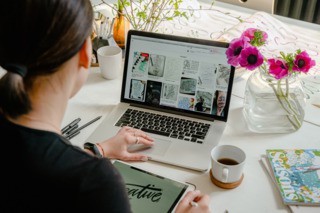 5 Essential Gadgets And Tools For All Graphic Designers