Wikipedia is a one-house tool for all your information queries but there are some surprising facts about Wikipedia that you must know. This is not only an archives website but a storehouse of amazing and surprising facts. You will be startled to learn about these facts which are not only amazing but funny too. Nonetheless, there’s so much logic to it that is interesting for readers.

There isn’t anyone in the internet world who isn’t aware of Wikipedia. Wikipedia is one of the 15 most popular websites on the internet and rightly so. Furthermore, it has one of the largest compilations of information on the internet and has over 33 million active editors. It is safe to say that since its launch, Wikipedia has revolutionized the world of information. Despite your teachers and professors considering it as an unreliable source, its popularity speaks otherwise. So, here I have compiled a list of 15 surprising facts about Wikipedia that will blow your mind.

1. Last article ever on Wikipedia? Any guesses?

We don’t know what the future holds for us and so does Wikipedia. So, in case Wikipedia goes under, ithas a ‘last topic pool’ where people vote on what Wikipedia’s last-ever topic will be. A user can vote three times and there are specific directions that the user must follow. The article name is added to the appropriate section and signed in with four tildes. Moreover, voting for this pool will end when the ten-thousandth-to-last article is created. Some interesting topics that people voted on are, “How to cook an Encyclopedia“, “What does this button do“, “The reason why no one uses the internet anymore” etc.

Did you know Wikipedia banned congresspeople for 10 days? In July 2014, Wikipedia was forced to ban users inside the US Congress building from making edits to the site. When Wikipedia noticed that the page was receiving weird edits from the US legislature it created a bot called ‘Congress Edits’ that acted as a watchdog and tweeted out changes to the site made from users inside the US Legislature. But that didn’t fix the problem completely. Subsequently, there were more anonymous edits coming from inside the building that includes edits made to a page of Reptilians saying Reptilians are lizard people who control everything from the American government to the British Monarchy. Finally, this was the final stroke that forced Wikipedia to implement a 10-day ban on any user with a U.S Congress IP address.

Wikipedia has an Unusual articles page that houses some of the weirdest and whimsical articles by users. It should be noted, that to add an article to this list, the articles have to meet some requirements that include, “The article is something a reasonable person would not expect to find in a standard encyclopedia”, “The subject is a highly unusual combination of concepts, such ascosmic latte,death from laughter” etc. Want to check out this page? Here’s the link Unusual articles

Just like us, Wikipedia has a birthday called “Wikipedia Day”. Wikipedia Day is celebrated on January 15 every year. On this day, Wikipedia users celebrate by cutting cakes, discussing what they edited last year and what fun articles they can write in the coming year. Apart from this, it also creates awareness among people about Wikipedia.

We all know that different website and pages have different policies like “No disclosure of privacy” or “No bad language”. But, Wikipedia has a cool policy called “No Angry Mastodons” that advises its users to defuse stress while editing. Since Wikipedia is free to edit for all, it introduced this policy to minimize unreliable information. In addition, the policy also promotes mutual respect and checking facts before edits. To know more about this policy, click on the link No angry Mastodons

Now coming to languages, the least popular alternate-language Wikipedia is Cheyenne. Cheyenne is the capital city of Wyoming and its Wikipedia page has only 620 articles at the moment of writing.

“Hotel Wikipedia” is the official theme song for wikipediholics. That’s right! Wikipedia released this song in the spring of 2004. Furthermore, his song is the wiki-rock counterpart of the Eagles’ 1976 song “Hotel California”. Additionally, the song contains lyrics such as “Its structure’smaze-passage twisted; No one knows where it ends. It’s got a lot of moneymirrorsites, That it callsfriends”. Apart from this, this song became quite popular as well.

The most viewed page on Wikipedia is its Main Page with over 43 billion views. Special: Search and Special: Random paged succeed it.

Wikiversity is a project by Wikimedia Foundation that calls itself an “open education resource”. Also, it invites teachers, students and researchers to create a collaborative community that will cater to teachings from pre-school to university level. To know more about Wikiversity, click on the link Wikiversity Guided Tour

11. Wear Wikipedia on your sleeve, literally!

French fashion house Etudes collaborated with Wikimedia for its 2020 spring/summer line to create a collection of Wikipedia-themed clothes. The collaboration aimed to highlight the cause of free and reliable information and the importance Wikipedia plays towards this cause. The new clothing is available online at Etudes-studio.com.

274301 Wikipedia is a Vestian asteroid named after Wikipedia. The asteroid orbits the inner region of the asteroid belt and is approximately 1km in diameter. The Committee for Small Body Nomenclature assigned it the name on 27 January 2013.

Wikipedia has a catalogue of “ deleted articles with freaky titles” or DAFTs. “A Young Man Dressed As A Gorilla Dressed As An Old Man Sits Rocking In A Rocking Chair for 56 Minutes and Then Leaves”, “BEWARE THE GREEN MONKEY”, “Famous watermelons” are some of my personal favourites.

How to Import and Export Passwords in Google Chrome 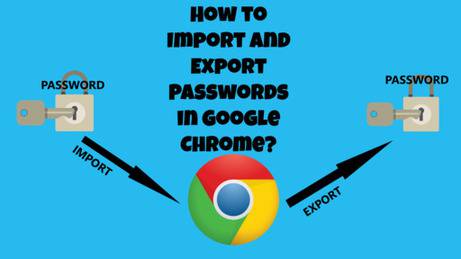 How to Import and Export Passwords in Google Chrome