Listening to music is everyone’s favorite pastime. To fill everyone’s lives with some melody, first radios were invented followed by speakers embedded with songs. Then came the era where we had to download songs to listen to them on our mobile phones and desktops. But later came the best time with cloud music services and online music streaming services such as Google Music, Jio Saavn, and more. Spotify Connect is also one of the cloud music services which is a part of Spotify.

The best thing about these kinds of services is that they have unlimited songs and are free to use. However, an internet connection is needed to stream online songs. But one can also upgrade to a premium version to download and listen to music offline. In this tutorial, we have fed the information about Spotify and Spotify Connect. But here comes the best part i.eHow to use Spotify Connect on Windows PC?

Spotify is nothing but a cloud music service. It enables us to stream and listens to a wide collection of music. It was founded 14 years ago and launched on the 7th of October in the year 2008 i.e 12 years ago. Spotify has 190 million users that use the free version and 155 million users that have a premium version. To be honest that is a lot. Its services cannot be questioned because it contains more than 70 million songs, 2.2 million podcasts, and 4 billion playlists.

Speaking about features, the free version has free music with advertisement and limited access. On the other hand, the paid version allows its user to listen to music offline and also without annoying ads. Additionally, Spotify is available on almost all devices including Windows, macOS, Linux, iOS, and Android. However, the intriguing fact is that it can also be used in AI-enabled speakers such as Amazon Echo and Google Home. You can also create playlists and share them with your friends on social media.

What is Spotify Connect?

As you already know that Spotify is available for both desktop and smartphone. But if you do not wish to use them, there is an alternative. Spotify Connect lets you listen to music on speakers or TV while using the app as a remote. All you have to do is select a device and the music will start playing on that chosen device. You can listen to WiFi speakers and PlayStations as well.

Spotify Connect was initially introduced in the year 2013. The main reason behind this idea was to introduce users to a better user experience. This is because Spotify Connect lets you control music across all your devices such as phone, tablet, or even speakers.


Why use Spotify Connect?

Spotify Connect enhances the experience while listening to music. Everything comes under our control and continence. You can listen and enjoy high-quality sound. Additionally, Spotify Connect allows its user to make and receive calls without stopping the music. And also you can stream songs directly and thus saving the battery of your phone. However, the most intriguing feature is you can switch among all the added devices without missing a single beat.

If you compare Spotify Connect with other connectivity options such as Bluetooth or Google’s Chromecast built-in, makes you notice that Spotify Connect is way better than any other alternative. Thanks to higher-quality WIFI connectivity, the music sounds even better.

How to use Spotify Connect on Windows PC?

Using Spotify Connect is very easy while using it on Android or iOS devices. Just make sure that the devices that support Spotify Connect are on the same network as your phone and you will be able to play on it. However, to use it on Windows PC you will have to do additional work. But don’t worry it’s not that difficult, just follow our steps.

That’s it!! Enjoy your favorite music. 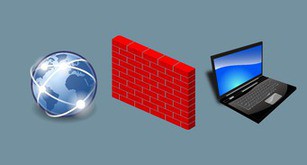