YouTube vs TikTok Controversy has been the most recent fiery debate that everyone is talking about. The cosmic social media war between the two networking giants of video content is a never-ending debate, with gripping developments emerging every day. Mind you, this is the war of the social age with netizens taking sides and spewing hate at one another. The controversy is getting bigger every day. However the big question is who is the ultimate champion in the war of social media- Youtube vs TikTok.

In the most recent news, politician and an animal activist Maneka Gandhi took to Twitter to express her outrage after Nikhil Gandhi, head of TikTok India refused to take down videos that portrayed cruelty and violence towards animals. TikTok India’s head instead asked users to appeal to the creators to prohibit posting such content. She shared the images of her response on Twitter. In her response, she demanded from TikTok to put penalties and remove videos showing any form of gratuitous violence. She also asked to suspend all accounts were such videos are promoted and the details of those content creators to be shared with the police for stricter action. Also, she reprimanded TikTok’s casual attitude towards the law of the land and their only goal to increase users at the cost of spreading violence.

My response to the head of TikTok India after he simply refused to take down accounts of users who have been posting graphic videos of violence towards animals or share their details so they could be handed to the authorities. We were just asked to “appeal” to users to not do so. pic.twitter.com/BbXyfdPykL

TikTok responded immediately by removing all videos depicting violence, suspending accounts promoting violence, and sharing relevant details with law enforcement agencies. In this course of action, the infamous account of TikTok star Amir Siddiqui having over 3.8 million users got suspended on charges of portraying an acid attack on women. He was also accused of posting derogatory, malicious, and defamatory comments towards casting director Noor Siddiqui on Instagram.

This comes in after #BanTikTokIndia started to trend on twitter and outraged Indian public thereby deepening hostilities towards China. All of this is the continuation of the ongoing battle of Youtube vs TikTok Controversy on social media.

It all started when Youtuber Elvish Yadav posted a roast video of Tiktokers on his youtube channel. He compared Tiktoker’s to ragpickers, mocking their intelligence, and slamming how young girls masked their faces with makeup. However, the real war began when hugely popular Tiktok star Amir Siddiqui uploaded a video slamming Youtubers for making fun of Tiktokers. He accused the Youtubers of plagiarism and being incapable to produce more quantity of content. He also called out for the unity between the Tiktokers and their relentless effort in producing ample content on a daily basis.

This didn’t go down very well with the Youtubers of course. Popular YouTuber Ajey Nagar a.k.a Carry Minati released a video that added a sharp definition of the war- “Youtube vs TikTok- The Endgame”. The video broke all records of being the first 10 million liked non-musical video. The video, which had over 78 million views, has now been taken down by Youtube but had a glimpse of the dark rivalry between the content creators of the two most popular online platforms. He roasted the TikTokers in the most brutal ways commenting statements like,

He went on to use loads of cuss words while also demeaning the likes of the transgender community. He referred to the TikTokers as ‘Shudras of the internet’ as in implying that they are lower-class, lower-caste people in low profile jobs who make videos for entertainment. This reflects the insecurity of the content creators in Youtube who are now twitchy about the rising popularity and fame of TikTok content. TikTok content creators being from small towns and rural areas of the country are stated low profile.

Many people who found the video extremely libelous reported it of cyberbullying. Thereafter Youtube took down the video on grounds of violating its policy terms of service and cyberbullying. Carry’s fans were definitely not happy that Google’s video streaming service chose to remove the most viral video till date. #JusticeForCarry & #CarryMinati started to trend heavily on twitter with support pouring in from inside the Youtube community with stalwarts like Bhuvan Bam & Asish Chanchlani among many others supporting him.

In all this unending chaos, what grabbed the eyeballs next was Amir’s brother Faizal Siddiqui promoting acid attack on TikTok. His videos were circulated like a wildfire all over the internet and alleged of promoting abuse and violence on women. Many similar videos also surfaced where people were shown depicting extreme cruelty towards animals like throwing a dog into the water, hanging a cat by rope, etc. This led to a wider movement online with people urging to ban TikTok in India.

Meanwhile, Carry Minati came up with another IGTV video,i.e, Stop Making Accusations. He said that his statements were taken out of context about Amir Siddiqui. He stated that the earlier video was just for fun- all in good spirit. Very recently he also announced a follow up to the controversy with a small teaser of his video, Yalgar, which is yet to be released. The teaser had a recap from his previous infamous video. It also shows how the video became the sensation in a couple of hours breaking the net. Again, supporters like Asish Chanchlani, BeYouNick’s Nick came out in support along with many other fans eagerly waiting for the video.

What on earth is wrong with people? This is depraved. How can you allow this kind of content on your platform @TikTok_IN This man needs to be taken to task. As for the woman in the video-do you realise what immense harm you are causing by participating in this? https://t.co/I5OLTEZGVe

Consequently Amir Siddiqui’s TikTok account was suspended after Maneka Gandhi raised a voice and ordered TikTok to take action. Not just Maneka but others like famous film actress Pooja Bhatt also tweeted about how insensitive it is on the part of TikTok to allow such content on its platform. Ban TikTok in India movement took all over the net. In just a week TikTok’s rating on Google Playstore fell drastically from 4.2 to 1.6. It seems like TikTok is losing the battle against Youtube. But there are surely more turns left to be revealed in the story.

It’s Not Yet Over!

However this is NOT the end yet. In a recent report, Amir Siddiqui has revealed that his account has been reactivated again. Amir also claimed that he and his brother did not do anything to violate the community guidelines of TikTok. He is confident that he & Faizal will come out clean from the case. What unfolds next is yet a mystery!

WATCH out this space for more new developments in the tech world. 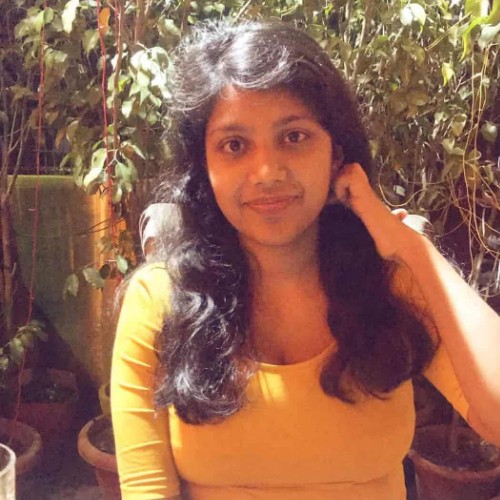 Bidisha Saha is a senior member of our tech editorial team who loves to write. Apart from writing, she is also working as a news analyst for a tech giant. According to her, writing is a good medicine for depression. 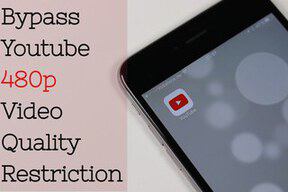