Paradoxically, with all the variety of messengers, it is usually not necessary to choose them – people use the same thing as their friends and acquaintances. But what if secrecy is essential? In this article, we will go through the list of modern messengers and see what guarantees of protection each has. Also, pay attention to secret type of apps, which will allow you to hide the presence of the messenger on your smartphone.

And while WhatsApp, Viber, and Telegram are vying for the title of the most popular messenger, secure messaging apps are gaining popularity worldwide. We have selected the most interesting ones. They all use end-to-end encryption, meaning they send encrypted messages that only the recipient can decrypt. Each of these applications has its advantages and unique features.

In 2013, the American startup Open Whisper Systems developed the Signal encryption protocol, which has become an industry standard. It is invisible to users, but at the same time, it combines several complex mathematical methods of message protection and prevents messages from being spoofed or intercepted.

Now Signal is used in WhatsApp and Facebook Messenger, but the reference implementation of this protocol is the messenger of the same name.

Signal is recommended by cryptographers Bruce Schneier and Edward Snowden. This app supports file sending, group chats, video calls and is just as good as the more popular and less secure competitors in terms of basic features.

Messenger is based on a modified Signal protocol for corporate clients, but it can also be used for personal use.

Wire supports encrypted chats (up to 128 people) and conference calls (up to 10 people). In addition, it allows you to send photos, gifs, audio messages, and various files, draw and forward sketches, and even share your location. The latter is incredibly convenient if you need to find each other in an unfamiliar part of town.

The creators of the app admitted that they keep a record of who users have contacted. They also store users’ emails, phone numbers, and names. This information, they said, makes it easier to sync devices and is deleted when the account is deactivated.

Threema is a messenger used by the Swiss government. All data that Threema transmits (messages, calls, multimedia files, and even contact statuses) are encrypted on user devices.

Although this messenger is centralized, its server acts as a switch: messages pass through it but are not permanently stored there.

To register with Threema, it is not necessary to provide data that can be used to identify the user. You also won’t need an anonymous email or a SIM card. Instead, when the application is first launched, a random identifier is assigned to the user.

Most messengers use a central server that distributes messages to recipients. In Element, users can connect to many servers created by other users or deploy their own. This allows users to choose between intermediaries around the world and change them as needed.

This messenger supports group chats, voice, and video calls. Element also allows messaging with other messengers such as Telegram, Discord, Slack, and WhatsApp. 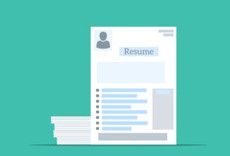 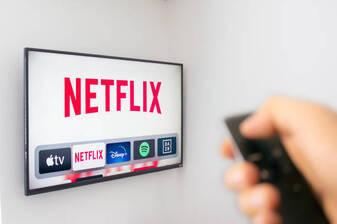