Google never fails to surprise us with new products. It has mastered itself in providing maximum of the products to increase our productivity. With the new year approaching, Google has announced an all-new VPN service; it is none other than Google One VPN. It seems as if Google is tired of all the complaints about online activity not being safe while using Google. Anyway thanks to it, now you will not have to look for VPNs and VPN browsers for keeping your online activity safe. You can always have Google One VPN with you. The service is available through the Google One VPN app for Android as well as iOS users. Google has already rolled out its Google one VPN service in the USA and will be released throughout the World soon.

What is Google ONE VPN?

Google one VPN is a new VPN service started by Google, which helps you encrypt your online activity, thereby adding an extra security layer. In simple words, your online security will be increased if you happen to use Google One VPN. For US users, Google One VPN is included in the$9.99/month plan.

As mentioned earlier, Googe one VPN provides you extra Online protection. The best part is you do not have to worry about the browser or app you are using for online activity. It works the same for all browsers or apps. You can say Goodbye to your trust issues as Privacy and security is the core of Google One VPN.


How does Google One VPN work?

Before moving on to how Google One VPN really works, Frist, let us know how a browser actually communicates. Well, your browser and the apps present on your phone often communicate sensitive information. There are sites and apps which lack encryption or features weak encryption. So while there is an exchange of data, unsecured data are grasped and modified by the hackers, which ultimately leads to compromised privacy and security.


How to set up Google One VPN?

If you are already a member of Google One on a 2TB plan or higher, then you will be enjoying the advantage of using Google One VPN without any further payment. All you have to do is turn on the VPN with just one tap on the Google One Android app. 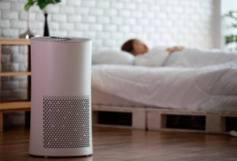