It does not matter whether you are a blogger or not, but you must have felt the need to save the information whenever you are browsing. Yes, You get the option to bookmark the page, but you cannot access them offline. An alternative to saving bookmarks is that you can easily capture the screenshot of the information you want to keep, be it an image or text. To capture a perfect screenshot, you will have to use the best Chrome screenshot extension. Since Google Chrome is the most common browser prevailing, let us talk about the chrome extensions to capture the screenshot.


List of 10 Best Google Chrome Extensions to Capture the Screenshots

As the name suggests, an awesome screenshot is excellent Chrome extensions to capture screenshots. 2 million users trust it. The reasons behind its awesomeness are you can share a screenshot and share them easily with multiple destinations. Apart from taking a screenshot, you can also record both screen and camera. In addition to these excellent features, you can even upload your recorded screen to tools like Google Drive, Trello, Slack, and Asana.

Full Page screenshot provides justice to its name by allowing us to take a screenshot of a full-page. You can open the screenshot in the new tab as soon as you capture it. It uses advanced capture technology to click the entire web. Besides capturing a screenshot, you can also edit it, make annotations as well as crop it. Further, you can download the screenshot in JPEG and PDF format as per your need.

A fire shot is another one of the best chrome extensions to capture the screenshot. Like another screenshot chrome extension, Fireshot can also edit the captured screenshot and annotations. Still, the only thing that makes Fireshot stand out is you can choose to screenshot the visible portion of the webpage as per your requirement. Your just one click opens the tab, allowing you to select the required area and capture it. The screenshot captured opens in built-in-editor, thus enabling to edit them.

Screencapture is not just for a screenshot but also allows voice commenting using a mic simultaneously with capturing video. You can easily share screenshots with your colleges, thus helping you out through your work. Besides, you can easily take a screenshot and save it.

Looking for high rated Chrome extensionsto capture screenshot, Nimbus is the one for you. Like other screenshot chrome extensions, it allows you to capture a full web page or a partial screenshot of the selected portion of the web page. Besides, it also features editing and provides an annotation to it. You can also record videos using this tool.

Lightshot, as the name suggests, is one of the best light-weighted Chrome extensions to capture screenshot. Moreover, the tool comes with a simple user interface despite being a highly customizable extension. According to your need, this particular chrome screenshot extension does the work of capturing a screenshot of the full web page or a part of the web page, like any other tool.

NinjaCapture is a screenshot chrome extension tool that helps people capture screenshot and share the content. You can capture images, videos and audio files and share them directly to other platforms such as Google Drive, Dropbox, and more. It also allows you to annotate your images with text, arrows and shapes. It also lets you schedule a recording of your screen at certain times of the day.

5 Best Keyboard Apps for Android To Increase Your Productivity 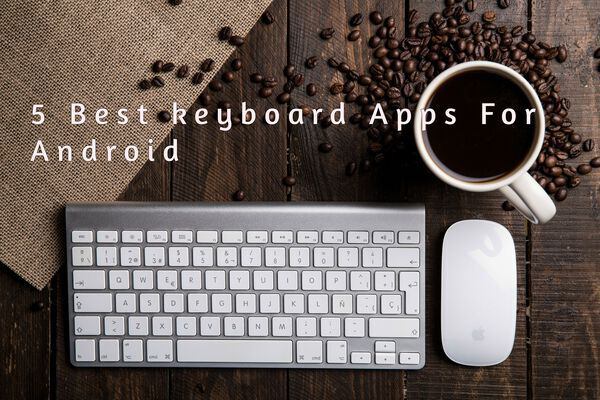 5 Best Keyboard Apps for Android To Increase Your Productivity